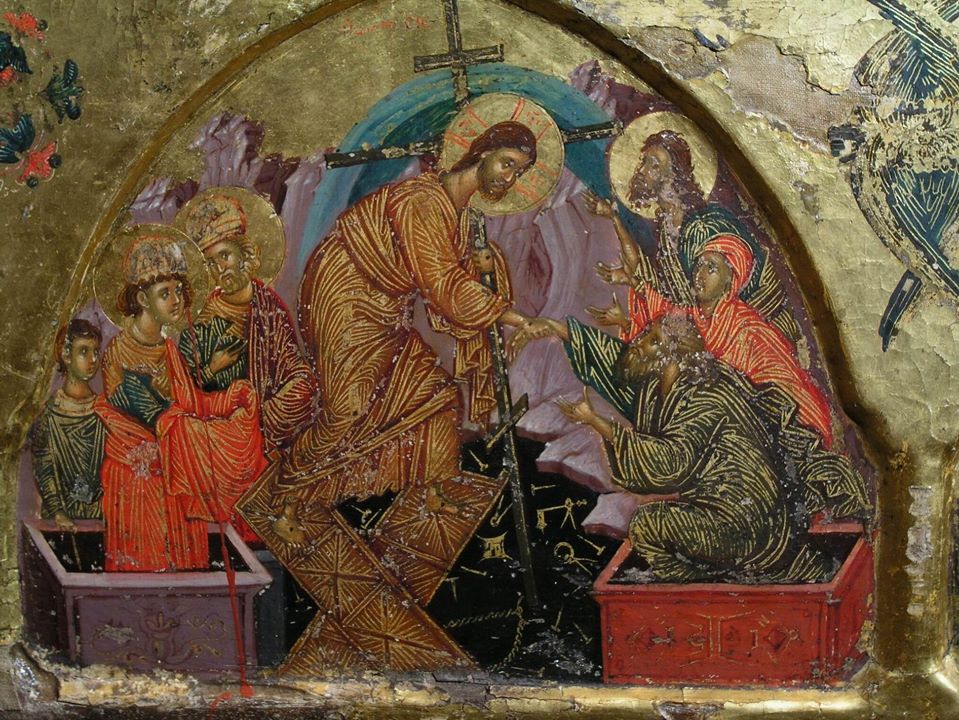 If any man be devout and loveth God, let him enjoy this fair and radiant triumphal feast! If any man be a wise servant, let him rejoicing enter into the joy of his Lord.

For the Lord, who is jealous of his honour, will accept the last even as the first. He giveth rest unto him who cometh at the eleventh hour, even as unto him who hath wrought from the first hour.

And He showeth mercy upon the last, and careth for the first; And to the one He giveth, and upon the other He bestoweth gifts. And He both accepteth the deeds, and welcometh the intention, and honoureth the acts and praises the offering.

Wherefore, enter ye all into the joy of your Lord; Receive your reward, both the first, and likewise the second. You rich and poor together, hold high festival! You sober and you heedless, honour the day! Rejoice today, both you who have fasted and you who have disregarded the fast. The table is full-laden; feast ye all sumptuously. The calf is fatted; let no one go hungry away. Enjoy ye all the feast of faith: receive ye all the riches of loving-kindness.

Let no one bewail his poverty, for the universal Kingdom has been revealed. Let no one weep for his iniquities, for pardon has shown forth from the grave. Let no one fear death, for the Saviour’s death has set us free. He that was held prisoner of it has annihilated it.

By descending into Hell, He made Hell captive. He embittered it when it tasted of His flesh. And Isaiah, foretelling this, did cry: Hell, said he, was embittered when it encountered Thee in the lower regions.

To Him be glory and dominion unto ages of ages.
Amen.

(The Paschal sermon of St John Chrysostom is read aloud in every Orthodox parish on the morning of the Great and Holy Pascha of our Lord and Saviour, Jesus Christ.)