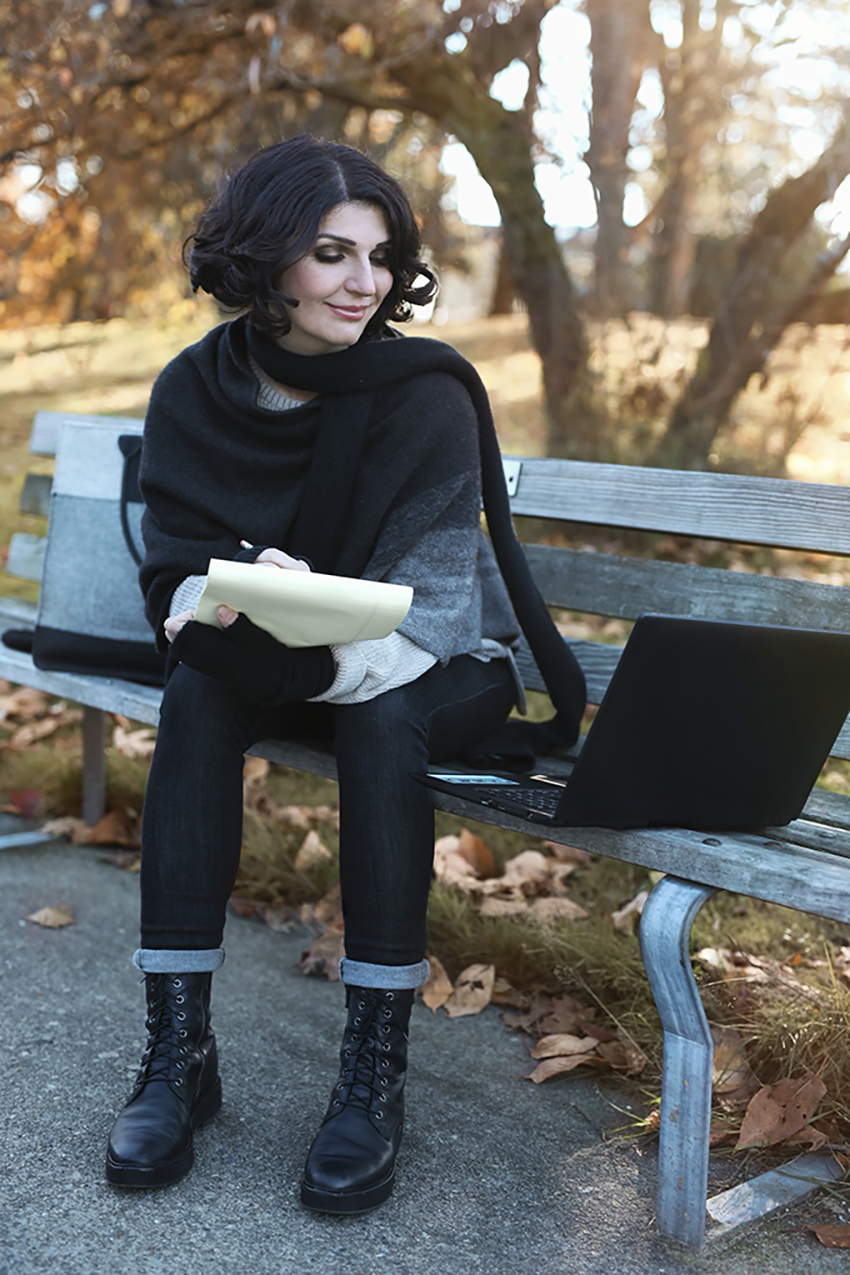 The world is constantly on the move and everything movable moves together with it. With the ceaseless unfolding of new chapters of life, the human race is moving, slowly but surely, into online reality with everything it brings along.

Two years ago, when I replaced almost all traditional classes of teaching Serbian language as a foreign language with online teaching, I didn’t dream that the time would soon come, when this would become just about the only possible way.

Lecturers and teachers are left to integrate their (but never “only” their) knowledge, skills and experiences with new technologies and pass them on to students, who sit in their homes and attend classes in front of the screen.

In the following text, I will refer to my experience in the field of teaching Serbian language as a foreign language online, based on my work with children and adults living in Canada and the US. This will also be an attempt of mine to share my experience with everyone interested in this topic, in the hope that it may be useful to someone.

Let’s start from the beginning.

I truly believe that someone getting in touch with you and choosing you to be their teacher cannot be purely coincidental, for nothing is ever a coincidence. There is always a reason, admittedly, somewhat hidden, as to why it is you and not someone else.

If the student is a child, I like to meet the whole family on the first day. That often includes pets: cats, dogs, budgies…, which makes the whole experience particularly lovely.

During the conversation, it is good to hear: the reasons as to why this person wants to learn Serbian, if they have any prior knowledge, what their motives, expectations, goals, etc. are.

Very often, on the first day, after introduction, I usually ask the students to say something in Serbian, if possible. In case they know a word or two, children, as well as adults, like to show it off.

It is important to take notes because every detail is significant.

After I gather essential information on the student for further lesson preparation and choosing methods and materials, only then do I start developing the program outline or “tailoring”, as it is known in linguistics.

What I would particularly like to point out here is that, when writing a program outline, one should not forget that it is supposed to adapt to the students’ needs and not vice-versa. Students should not be “pushed” at any cost into some educational institution’s or any teacher’s curriculum.

One might say: But that is a demanding and time-consuming task!

The above-mentioned conversation (which can take longer too) with a student or group of students at the beginning of each class is the best source of additional content for future lessons.

Also, such conversation (in the form of a chit-chat) is an excellent speaking exercise where, in an interactive way, using the communicative method, students can learn various contextual situations, examples from everyday life and everything they can easily identify with.

Finding the right “measure” in everything, and especially in teaching, is one of the most important tasks!

For example, if a student has just started learning Serbian language and is at Beginner 1 level, it is not recommended to teach both singular and plural forms (together) of a verb in present tense.

It would be more productive for students to first learn only the singular form of a verb in present tense, and only after mastering this, should they switch to the plural form.

Unfortunately, I have rarely come across a lesson in a textbook for learning Serbian as a foreign language for beginners (either for children or adults) in which such an important fact was taken into account.

In practice, students who study Serbian language in North America and usually have one class a week, cannot keep pace (and should not be expected to) with foreign students living in Serbia, who have many more Serbian language classes a week and live among native speakers.

I say this because immoderation in teaching can be a reason for students to give up, to become discouraged and disappointed, and the responsibility for something like that – for the most part – lies with the teacher.

There is no better moment in class than the one when you “pinpoint” something in student’s personal experience and connect it with the topic you have chosen to deal with together.

I remember how some girls, students of mine, who played basketball, loved it when I illustrated a great historic event, the Battle of Kosovo, by comparing it to a basketball game.

With a few lines, I drew a basketball court, depicting the Kosovo battlefield. I then positioned Prince Lazar Hrebeljanović in the role of the “captain” of Serbian team, and Sultan Murad the “captain” of Turkish team. On the Serbian side, the “wings” were Vuk Branković and Vlatko Vuković, and on the Turkish side – Yakub Çelebi and Bayezid. Serbian “playmaker” was Miloš Obilić.

And now the game, i.e. the battle, begins.

In the first half, the Serbian “playmaker”, Miloš Obilić, manages to break through the Turkish defense and, after a very successful dribble, kill the “captain” of Turkish team, Sultan Murad.

In the counterattack, Bayezid manages to capture Serbian “captain”, Prince Lazar, who is also executed. After that, the Turks leave the game and the field!

The news about this historic “game” tell the story of the victory of Serbian team! About 70 years after, in the middle of the 15th century, new “commentators” appeared, and with them, a new story of Serbian defeat.

God celebrated one of the best “Serbian teams” of all time, led by their “captain” – Holy Prince Lazar.

Through the experience of the sport they play (which is always a sort of a battlefield), my students learned everything about the Battle of Kosovo and, most importantly, they pass on that knowledge to others in a similar way, where it is needed and when it is needed.

Role-play method of learning is an essential form of learning in online teaching, just like in traditional teaching. Any contextual situation in which students may find themselves is an opportunity for them to act it out, with the help of a well-written script.

All you need to do is to act out the given situation as faithfully as possible, with body movements, good diction and intonation, in front of students.

What is especially important here is to evoke the emotion that accompanies the situation, e.g. joy, doubt, disappointment, anger, surprise…

Then, you act out the same situation, but this time with a student. The roles should be switched then, so the student can learn everything.

Role-playing can be recorded, which students especially like because it is the best way for them to hear and see themselves. Online platforms have this feature.

To sum up, online teaching allows for two key methods in teaching foreign languages: communicative and role-play method, to be used in the same way as if they would be used in a traditional classroom.

Nowadays, there are many foreign language learning software programs, applications that can be quickly and easily installed and used on the phone, computer, iPad… However, no app can replace a living person with a face and a personality – who, in order to be fulfilled, must communicate with other people and thus acquire and pass on knowledge in the right way. Apps like this are more of an aid and should be looked at that way.

Nevertheless, all of us who teach, no matter how much knowledge we possess, should never forget the old saying: All which does not come from the heart will never reach a heart. Knowledge that is passed on only by the means of intellect is transient and short-term. Only what is said and done from the heart is it heard and remains in everything, even in teaching foreign languages.

To my students, I am a friend and a companion, first of all, and only then a teacher. My teaching style is of the conversational type, so I try to give off as little academic tone as possible. Such a tone is always disagreeable. I tend to admit to my students when I don’t know the answer to something, but I know where I can look for it and who to ask for advice.

If I go a little further with the whole story, I could say: keeping oneself away, as far as possible, from any conceit that you really know anything, is always the high road. To consider oneself smart or wise is a great self-delusion because true cognition and knowledge does not come from the mind, but from virtues, which do not exist without good deeds. Without cherishing one’s roots, looking inside oneself, into the deep and up to the high – teaching is arrhythmia and dissonance.

In lieu of conclusion

I consider teaching Serbian as a foreign language online a great gift that has been given to us in this, I can freely say, abnormal times.

Happiness is an encounter. It is a joy to teach others, but also to know: It is not important what you do, but how you do it. It is a responsibility, and where love is responsibility – with the smile of such a heart, everything radiates a different glow…