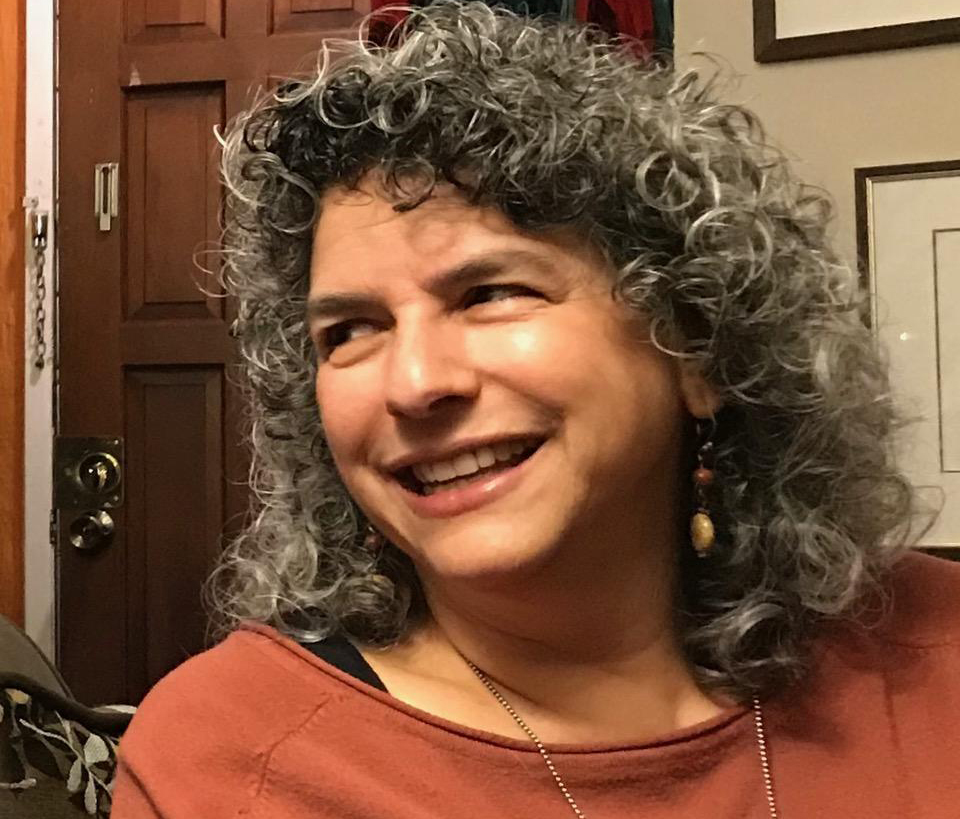 Laura Blumenthal is a polyglot who speaks six languages. She is an English language educator and a teacher trainer at Douglas College, in New Westminster, BC. She has lived and worked in the U.S., Germany, Turkey, and Canada. She is currently learning Serbian and Russian, and is active on the Polyglots Facebook group.

We spoke with Laura about what is means to be a polyglot and how much richer her personal and professional life has been as a result.

Laura, when and where did the story of your multilingualism start?

It started when I was an 8-year-old child and I began learning French in school.  I started learning Spanish the following year, at a “progressive” elementary school I was lucky enough to attend.  Most children in North America are not exposed to foreign languages until their brains are no longer flexible enough to accept the new sounds and structures, so I was really very lucky.

What languages do you speak and which of those would you say you are fluent in?

My best foreign language is German, because I took a one-summer course that was worth four courses at university – it was an intensive, 7-day-a-week course, four weeks in Philadelphia, where I am from, and three weeks in Germany.  Then I lived, studied, and worked in Germany for seven years after graduating from university.  Real fluency only comes from living in a place where the language is spoken, in my opinion.  Next would be Turkish, which I studied on my own with a book before going to live (and teach English) in Turkey.  I stayed in Turkey for four years, becoming quite fluent in the language.  Next is Greek.  Although I never lived in Greece, I spent quite a bit of time travelling and staying there, and I’m very involved in Greek music and culture, so I have stayed a bit immersed in it even though I am not there.  With French, I went all the way through the university levels when I was a young adult, but I never lived in a francophone country (or part of a country), so I would not say I’m really fluent, but I can certainly have an effective conversation about topics I’m used to talking about.  Last year, I took a 4th-year French course at the college where I work – my first French course since 1974 – and I got an A, so I guess my French knowledge is still fairly good. My Spanish is just slightly below my French, I think, but I never speak Spanish anymore. I’d like to do some travelling in Latin America at some point, and maybe my Spanish would improve if I did. I have been learning Serbian since 2013, I’m ashamed to say, and I still cannot speak it. This year, I took two semesters of American Sign Language (ASL), which was very interesting, but I wouldn’t say I’m any good at it.

What is your personal motivation for learning foreign language? Where does it stem from?

Originally, as I said, it was just a subject at school. I was good at it, which helped to motivate me, but the big push came when I was just ten years old and visiting Europe for the first time with my parents. I had been sick with a cold, so my parents thought it would be a good idea for me to stay in the hotel room that day while they went out sightseeing in Paris. I had a good book to read, so that was fine with me. While I was lying in bed reading, there was a knock on the door, and it was housekeeping. The young woman who had come to clean my room was from Spain, living in France, so she spoke fluent Spanish, broken French, and no English, and at that point I had had two years of French and one year of Spanish. We had a whole conversation in mixed French and Spanish, and when my parents came back from their day of sightseeing, I was starry eyed. I had realized that languages were not just a subject in school – they were a way to communicate with people with whom you could not communicate otherwise – this was so exciting for me!

What has allowed you to learn so many languages? Is it a special gift that you have? It must be something…

I guess I do have a gift, coupled with a musical ear, which helps a lot. Even when I was a little kid, I used to imitate accents to entertain my family, so I must have already had an ear for languages. The other thing is that once you’ve learned a few languages and analyzed what makes the puzzle pieces fit together, it becomes much easier to learn more of them.

Was there a language that you found particularly challenging to master? If so, what were the reasons for that?

Serbian! There are so many case endings, and there seems to be no rhyme, reason, or logic to them. This makes it very difficult to utter even the simplest sentence, as you always have to think about what case endings go on all of the nouns and adjectives.  Although I understand cases from my early Latin learning (in junior high school – I didn’t mention that), what I don’t get is when to use which ending.  It just seems to be impossible to memorize them – maybe because I’m not young anymore. If I were immersed in the culture, I think these would start to “fall into place”.

What did you learn about the tie between language and culture in your own learning experience?

Hmm. That is a really interesting question. I do think that a deep understanding of the culture is necessary in order to get the nuances of a language, but do you have to love that culture? Maybe not.

What are the skills one needs to have in order to learn a foreign language?

Flexibility, tolerance for ambiguity, a good memory, a high tolerance for frustration, and a lack of inhibitions – that’s why it’s always easier to speak a foreign language after a drink or two!  Also, it has to be fun for you. For me, learning a new language is like solving a puzzle – it’s fun, almost like a game.

What are the most important factors that determine how quickly one can become fluent?

I think that in order to become fluent, you need to have situations in which you need to use the language, either by writing or speaking (or both). If you can always slide back into another language you know, you’re unlikely to progress quickly. Also, a good foundation in the grammar of the language is very helpful, at least for the kind of language learner that I am.

What did you find to be the biggest myth when it comes to language learning?

Ah – that’s another really interesting question. Maybe the biggest myth is that one language can be harder than another. I think that with enough exposure to the language, and, as I said, reasons to use it, one can learn any language. My favourite example there is Turkish. It’s a language that’s very different from any of the other languages I’ve learned (or been learning) because it’s not an Indo-European language, but once you get the way it works, the way sentences are constructed in the language, it’s a beautiful and logical language, and it’s fun to use.

Do you sometimes have dreams in different languages?

I get asked that question a lot. Actually, research has shown that people don’t usually dream in languages at all – they dream in images. That is unless there is something happening in the dream regarding languages, for example if I’m asked to translate something or sing a song or something. In that case, it can be any of my languages.

Has being multilingual benefited you personally and how has it influenced your career path?

Yes, I would say it has benefited me personally in that it has opened the doors for me into several different cultures and allowed me to become much more fully immersed in them than I would have been if I had not known the language. As far as my career is concerned, it’s all about language. I teach the English language, and being multilingual has helped me to understand the mistakes that people make when they are learning the language. Also, being multicultural has helped me to understand where my students are coming from culturally and how that affects their language-learning path. I also teach teachers of the English language, and I try to help them to understand these same things.

What do you enjoy most when studying languages?

Figuring out the “puzzles”.

How do you maintain your foreign languages?

What would your advice be for people who want to start learning a new language?

This depends so much on the individual. Each person has to discover their own way(s) to learn a language. If they are motivated enough, they won’t give up. Also, don’t set your expectations too high – you need to take it step by step.

Dear Laura, thank you for this amazing interview.
The Cradle Magazine wish you all the best in your personal and professional life.