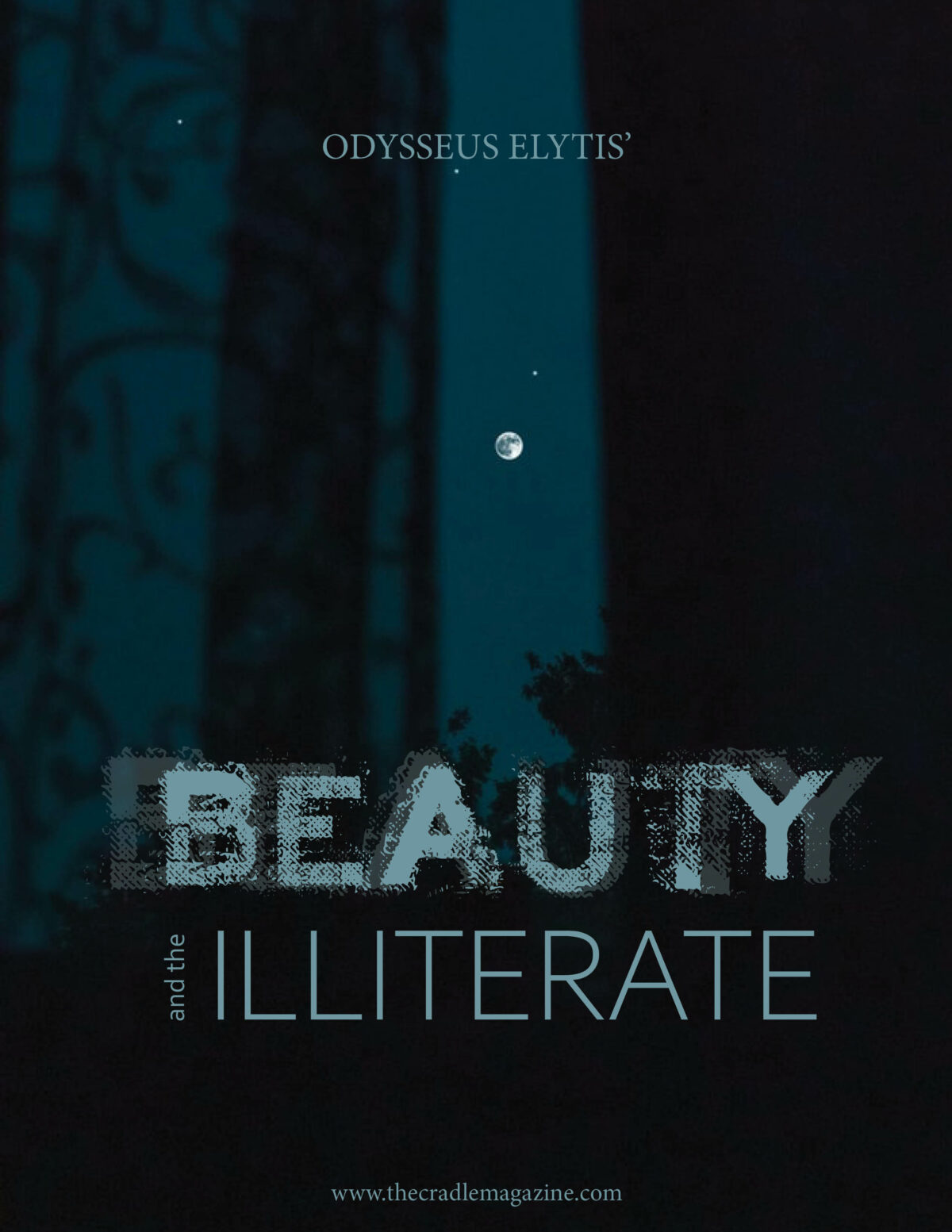 Often, in the Repose of Evening her soul took a lightness from
the mountains across, although the day was harsh and
tomorrow foreign.

But, when it darkened well and out came the priest’s hand over
the little garden of the dead, She

Alone, Standing, with the few domestics of the night – the blowing
rosemary and the murmur of smoke from the kilns –
at sea’s entry, wakeful

Only the waves’ words half-guessed or in a rustle, and others
resembling the dead’s that startle in the cypress, strange
zodiacs that lit up her magnetic moon-turned head.
And one

Unbelievable cleanliness allowed, to great depth in her, the real
landscape to be seen,

Where, near the river, the dark ones fought against the Angel,
exactly showing how she’s born, Beauty

Or what we otherwise call tear.

And long as her thinking lasted, you could feel it overflow the
glowing sight bitterly in the eyes and the huge, like an
ancient prostitute’s, cheekbones

Stretched to the extreme points of the Large Dog and of the Virgin.

“Far from the pestilential city I dreamed of her deserted place
where a tear may have no meaning and the only light be
from the flame that ravishes all that for me exists.

“Shoulder-to-shoulder under what will be, sworn to extreme silence
and the co-ruling of the stars,

“As if I didn’t know yet, the illiterate, that there exactly, in extreme
silence are the most repellent thuds

“And that, since it became unbearable inside a man’s chest, solitude
dispersed and seeded stars!”